How to Change Your Mind: Michael Pollan

How to Change Your Mind: Michael Pollan

Michael Pollan has long been concerned with the moral dilemmas of everyday life. “Second Nature,” his first book, was ostensibly about gardening, but really about ways to overcome our alienation from the natural world. “A Place of My Own,” his second, chronicled the “radically unhandy” Pollan’s construction of his writing studio. “The Botany of Desire,” his third and possibly greatest book, put him back in the garden, though in a more global state of mind. He then went on to write four searching books that wrestled, in one way or another, with the ethics of eating, one of which contained Pollan’s now widely shared haiku: “Eat food. Not too much. Mostly plants.”

Unlike many best-selling nonfiction writers, Pollan doesn’t write self-help books that cross-dress as narrative nonfiction. He’s entirely too skeptical for that. At the same time, though, he’s an often relentlessly sunny, affirmative writer. “In Defense of Food,” Pollan’s most polemical book, despairs of American eating habits, yet concludes with the dainty recommendation to eat local as often as possible. Pollan’s literary persona has a rare, almost Thoreauvian affect: the lovable scold.

With “How to Change Your Mind,” Pollan remains concerned with what we put into our bodies, but we’re not talking about arugula. At various points, our author ingests LSD, psilocybin and the crystallized venom of a Sonoran Desert toad. He writes, often remarkably, about what he experienced under the influence of these drugs. (The book comes fronted with a publisher’s disclaimer that nothing contained within is “intended to encourage you to break the law.” Whatever, Dad.) Before starting the book, Pollan, now in his early 60s, had never tried psychedelics, referring to himself as “less a child of the psychedelic 1960s than of the moral panic that psychedelics provoked.” But when he discovered that clinical interest had been revived in what some boosters are now calling entheogens (from the Greek for “the divine within”), he had to know: How did this happen, and what do these remarkable substances actually do to us? 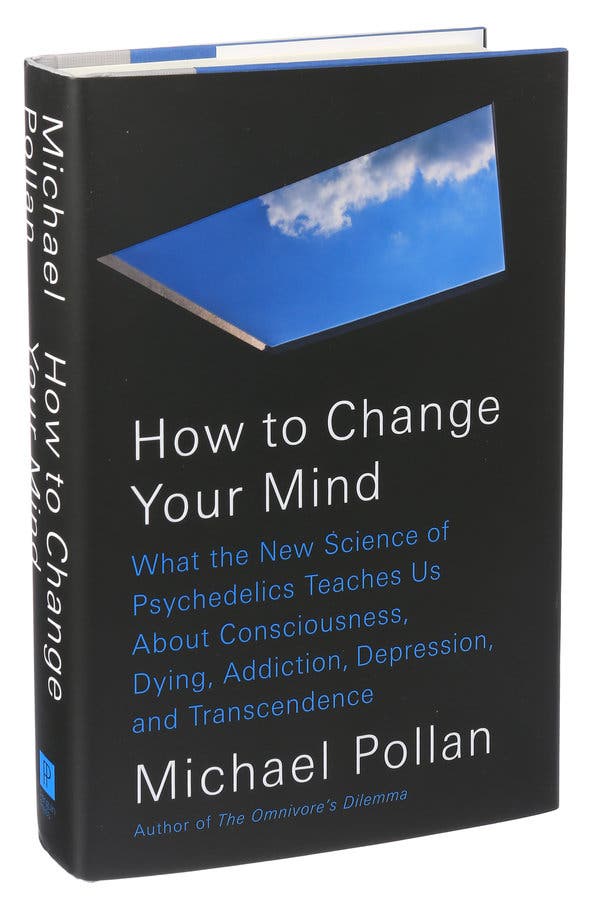 Well, why does anyone take drugs? The simplest answer is that drugs are generally fun to take, until they aren’t. But psychedelics are different. They don’t drape you in marijuana’s gauzy haze or imbue you with cocaine’s wintry, italicized focus. They’re nothing like opioids, which balance the human body on a knife’s edge between pleasure and death. Psychedelics are to drugs what the Pyramids are to architecture — majestic, ancient and a little frightening. Pollan persuasively argues that our anxieties are misplaced when it comes to psychedelics, most of which are nonaddictive. They also fail to produce what Pollan calls the “physiological noise” of other psychoactive drugs. All things considered, LSD is probably less harmful to the human body than Diet Dr Pepper.

Disclaimer aside, nothing in Pollan’s book argues for the recreational use or abuse of psychedelic drugs. What it does argue is that psychedelic-aided therapy, properly conducted by trained professionals — what Pollan calls White-Coat Shamanism — can be personally transformative, helping with everything from overcoming addiction to easing the existential terror of the terminally ill. The strange thing is we’ve been here with psychedelics before.

LSD was first synthesized (from a grain fungus) in 1938, by a chemist working for the Swiss pharmaceutical firm Sandoz. A few years later, not having any idea what he’d created, the chemist accidentally dosed himself and went on to have a notably interesting afternoon. With LSD, Sandoz knew it had something on its hands, but wasn’t sure what. Its management decided to send out free samples to researchers on request, which went on for more than a decade. By the 1950s, scientists studying LSD had discovered serotonin, figured out that the human brain was full of something called neurotransmitters and begun inching toward the development of the first antidepressants. LSD showed such promise in treating alcoholism that the A.A. founder Bill Wilson considered including LSD treatment in his program. So-called magic mushrooms — and the mind-altering psilocybin they contain — arrived a bit later to the scene, having been reintroduced to the Western world thanks to a 1957 Life magazine article, but they proved just as rich in therapeutic possibilities.

All this ended thanks to the antics of Timothy Leary and other self-styled prophets of acid. By 1970, LSD had been outlawed and declared a Schedule 1 substance. Countercultural vanguards didn’t stop taking LSD, and “bad trip” entered the English lexicon. Psychedelics, it was concluded, sundered rather than opened minds, and any research that suggested otherwise was buried. Pollan describes several addiction scientists in the 1990s and early 2000s rediscovering early psychedelic studies and realizing the field to which they’d devoted their professional lives had a fascinating secret history. Before long, these taboo substances once again seemed less a malign narcotic than a potentially powerful medication.

As is to be expected of a nonfiction writer of his caliber, Pollan makes the story of the rise and fall and rise of psychedelic drug research gripping and surprising. He also reminds readers that excitement around any purportedly groundbreaking substance tends to dim as studies widen. In the early 1980s, for instance, SSRI antidepressants were hailed as the answer to human melancholy; these days, most perform only slightly better than a placebo. 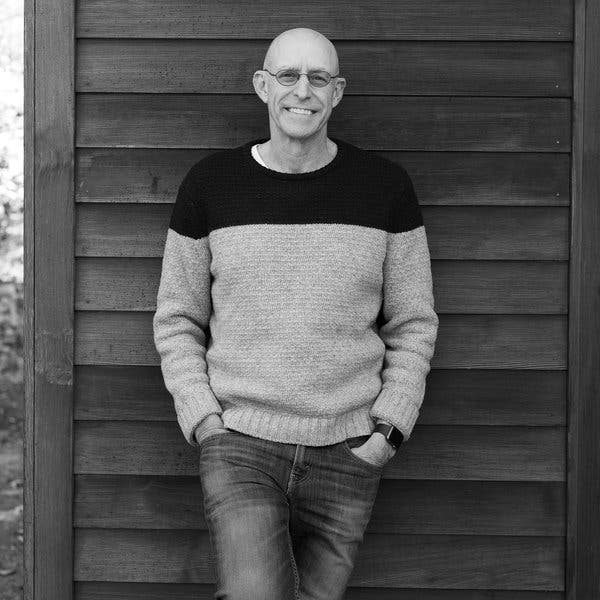 Where Pollan truly shines is in his exploration of the mysticism and spirituality of psychedelic experiences. Many LSD or psilocybin trips — even good trips — begin with an ordeal that can feel scarily similar to dissolving, or even dying. What appears to be happening, in a neurological sense, is that the part of the brain that governs the ego and most values coherence — the default mode network, it’s called — drops away. An older, more primitive part of the brain emerges, one that’s analogous to a child’s mind, in which feelings of individuality are fuzzier and a capacity for awe and wonder is stronger. As one developmental psychologist tells Pollan, “Babies and children are basically tripping all the time.”

You don’t necessarily need drugs to enter this strange, egoless realm of consciousness: Near-death experiences, meditation and fasting can get you there, too. But psychedelics get you there quickly, while greatly intensifying concomitant feelings of oneness with … whatever it is the quieting of our default mode network puts us in contact with. Some may call it God, and others the cosmos, but even atheists come out of psychedelic therapy changed by the experience. “You go deep enough or far out enough in consciousness,” one researcher tells Pollan, “and you will bump into the sacred.”

All of which suggests that the Buddhist ideal of ego suppression is grounded in neurochemical reality, for the brains of experienced meditators and people undergoing a psychedelic trip display striking commonalities. The more connected we feel to what’s around us, and the less we obsess about ourselves, the happier we are likely to be.

Happiness, it turns out, is not that profound, but then it doesn’t have to be. Pollan describes one intellectual — a professor of philosophy — coming out of his first trip during a clinical trial and summing it up with three timeless words: “Love conquers all.” And here’s how a smoker explained his decision to ditch nicotine after a particularly potent trip: “Because I found it irrelevant.”

In the most moving section of the book, Pollan describes a dying cancer patient named Patrick Mettes, who sat up during his psychedelic treatment and said, “Everyone deserves to have this experience.” Mettes’s widow later described to Pollan the scene at her husband’s deathbed: “He was consoling me.” A 2016 study showed that 80 percent of cancer patients responded positively to psychedelic treatment — and the more intense their trip, the more positive and long-lasting the benefits. “If it gives them peace,” one psychedelic researcher tells Pollan, “I don’t care if it’s real or an illusion.”

Human consciousness is one of the greatest puzzles of existence, and will likely remain so, no matter what psychedelic enthusiasts might promise. In that sense, it probably doesn’t matter whether the doorway to heaven is in the dirt, among the fungi, or whether psychedelic visions are merely the churn of a poisoned brain. That’s the problem with psychedelics. They’re hard to talk about without sounding like an aspiring guru or credulous dolt. Michael Pollan, somehow predictably, does the impossible: He makes losing your mind sound like the sanest thing a person could do.

Contact us through our secure email system if you have any questions about the process and we would be happy to walk you through it. CONTACT

Type and press Enter to search